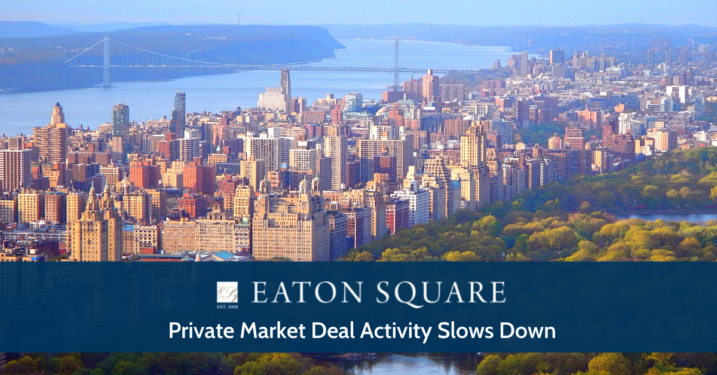 Stefan Shaffer, our New York Partner shares the latest July 2021 Private Capital Report. Both credit spreads and leverage multiples are among the most aggressive levels they have ever been. That is not to say, however, that the market is unchanged. On the contrary, there is a rather dramatic transformation afoot in the private market. Read the full report below.

Pricing and leverage metrics continue to be overwhelmingly aggressive; among the most competitive levels since 2007. Not surprisingly, deal activity has decreased consistently with the historical declines experienced during the summer months. The potential that the recent reduction in deal activity will spur even lower pricing and greater leverage multiples is unlikely as most investors are already pushing portfolio limitations. However, the slowdown will provide more storied credits a better forum for review as market participants have greater capacity (i.e.-time) to dig into credit. There will likely not be a better opportunity for these issuers in 2021.

Private market liquidity conditions in July remain relatively unchanged from prior months. Both credit spreads and leverage multiples are among the most aggressive levels they have ever been, conditions closer to 2007 than 2019.  That is not to say, however, that the market is unchanged. On the contrary, there is a rather dramatic transformation afoot in the private market; to most market participants, deal activity feels to have fallen off a cliff, especially in light of a particularly heavy deal calendar in Q4’20 and Q1’21.

Spreads and leverage multiples continue to be exceedingly competitive from investment-grade publics to high yield 144As, and everywhere in between. To put it in perspective, average high-yield bonds currently yield 3.7%. Meanwhile, Bloomberg expects CPI to be 4.5% by year-end. That’s right, the riskiest fixed-income assets yield a return that is technically below the current inflation rate.

The most obvious culprit for the recent asset price bubble is of course the Fed’s lax monetary policy. Felix Salmon, author of “Capital” recently noted on Axios, “Not all instances of easy money cause asset-price bubbles—but all asset price bubbles for the past 250 years have been associated with loose monetary policy.” If nothing else but for interesting cocktail conversation, the first asset-price bubble recorded was the Mississippi Bubble of 1719. During a period of expansive monetary policy, France’s Banque Royal issued abundant currency to finance the purchase of shares in Compagnie des Indes (the company controlling trade in Louisiana); share prices spiked sharply, as did inflation. Salmon goes on to note, “In fact, it’s almost impossible to find a bubble since 1770, that isn’t associated with lax monetary policy.”

Of course, the Fed’s policy of low-interest rates and bond purchases are not the only cause for current liquidity conditions in the private market; as noted in this update repeatedly, the sheer magnitude of capital available to be deployed in deals, especially among the non-bank direct lending community (currently flush with ~$1 trillion in AUM), is driving competition as much as any other secular influence. Testimony to this fact can be found in the most recent Senior Loan Officer Opinion Survey on Bank Lending published the Board of Governors of the Fed. Among the data published in the Report:

Predictability, and consistent with prior precedent, summer doldrums seem to have settled into the private market, perhaps even more pronounced than usual due to rise in post-pandemic travel. Based on SPP’s anecdotal experience and conversations with market participants, (supporting empirical data likely won’t surface until Q’4), deal activity is light, especially in contrast to the flurry of transaction volume in Q4’20 and Q1’21.

According to Pitchbook’s U.S. Middle Market Report, the combined total volume of deals for Q4’20 and Q1’21 was approximately $280 billion ($119.5 billion in Q1’21 and $160 billion in Q4’20, respectively). To provide some context, this six-month period exceeded most full year totals in prior years, including 2016, which recorded $274.2 billion in middle-market volume. It looks like the market is taking something of a well-deserved break this summer.