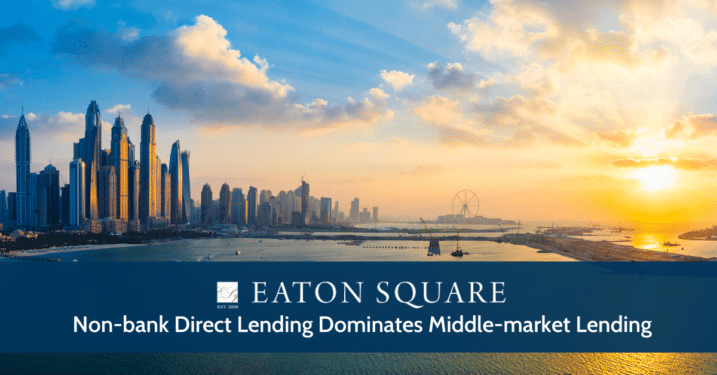 Our New York Partner, Stefan Shaffer, shares the latest private market capital update. As of February 2021, the market is active and expected to improve throughout the year. The main drivers behind this bullish market are: more lenders, increased capital, and a brighter post-pandemic credit outlook. Read the full report below.

Simply stated, market conditions are as aggressive as they have been in the past year, and we are quickly returning to pre-pandemic leverage metrics. While activity is up across the credit spectrum, market participants report that “quality” deal flow is lagging and that much of the heightened pace of issuance can be attributed to more storied and marginal credits put on hold at the end of 2020. That being said, there is an increasing consensus that the credit quality will likely improve through 2021 (a “credit up-cycle”), translating into less defaults or bankruptcies. Accordingly, even the more challenged credit stories are finding the required liquidity.

Going into 2021, there is no shortage of liquidity for both direct equity investment and co-investment, and robust support for independently sponsored deals, especially in the case where an independent has secured an LOI at “value” pricing. Family offices are still the best source of straight common equity, and continuing the trend established in 2020, credit opportunity funds, insurance companies, BDCs, and SBICs will consider providing both debt and equity tranches. While most “traditional” debt lenders will only consider equity co-investments limited to ~20%-25% of their debt allocation in a given deal, an increasing number of credit opportunity funds will commit to both the debt and majority (or entire) equity stake in a variety of circumstances (i.e.–management led LBOs, independent sponsored transactions, etc.).

Debt recapitalization financing soared in late 2020 as many M&A processes were put on hold during the pandemic; i.e.–sponsors and non-sponsored owned companies sought partial liquidity by means of a debt recapitalization with the hope of re-engaging a sales process when EBITDA growth returned to pre-COVID levels. The good news is that recap liquidity remains elevated going into 2021 as much of the same economic headwinds continue to inhibit M&A activity and more sponsors seek to return some capital back to LPs. Liquidity is especially robust for recaps with relatively lower leverage and recaps combined with an accretive use of capital such as an acquisition or expansion/growth capital. 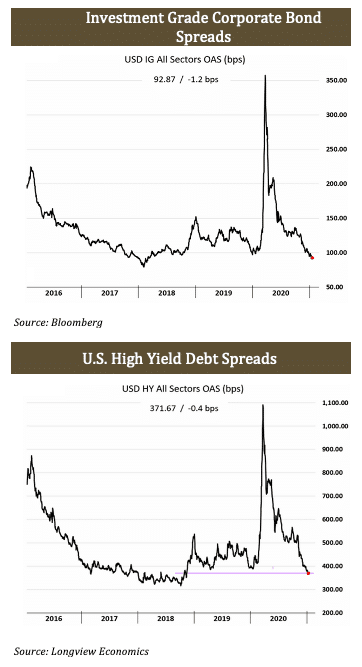 In private market speak, “wild” is what happens when a rapid and precipitous increase in deal flow combines with excess liquidity conditions, turbocharged by an expanding universe of lenders flush with new capital and under pressure to deploy—all in the context of a brightening macroeconomic landscape.

Continuing the trend established in Q4 of 2020, private market activity continues at a fierce pace; as per Refinitiv data, sponsored direct lending peaked at more than $27 billion in Q4, the fourth largest on record since 2014 (representing an 74% increase over Q3’ 2020). Adding to the volume in Q1’ 2021 is the addition of lower quality and more challenged issuers that were sidelined during the last quarter. A common refrain among market participants is that, while the number of deals in the market is at an all-time high, the number of “quality” deals is lagging. This is a trend that is tracking the public high yield markets, where YTD volume is off to its strongest start on record (already exceeding $50 billion), and, again, the percentage of the lower rated high yield issuers (“CCC”) is at its highest level on record as well.

Notwithstanding the precipitous jump in transaction flow, pricing and leverage metrics are becoming even more competitive. For the second consecutive month in a row, SPP is compressing its pricing indications between 25 bps and 100 bps across the credit spectrum, while increasing leverage multiples by a quarter to half a turn of EBITDA. Current market metrics are essentially spot on the levels published in pre-pandemic Market Update from January of 2020. Again, this pattern is not unique to the private capital markets, but rather reflective of the capital markets in general; public investment grade corporate bond spreads are their tightest levels since 2018, and U.S. public high yield spreads have also compressed to their 2018 levels (USD HY spreads average hitting 371 bps in January).

The drivers behind this bullish market are simple: more lenders, increased capital, and a brighter post-pandemic credit outlook.

The burgeoning population of new non-bank direct lenders is likely the single greatest force influencing the private capital markets. According to data published by Preqin, as of June 2020, private debt assets under management exceeded $887 billion. In fact, private debt is “now the third largest asset class in private capital,” and approximately 61% of that total is constituted by North American funds. Of the 1,947 private debt firms globally, 1,007 are based in North America. In addition, business development companies (“BDCs”), a key private middle market demographic, has fully recovered after seeing their share prices dropping some 50% during the pandemic, again, driving increased competition for middle market assets, lower spreads, and expanded leverage tolerances.

The only significant middle market lending constituency seemingly less aggressive in the market are smaller U.S. commercial banks. According to the Federal Reserve’s January 2021 Senior Loan Officer Opinion survey, “Regarding loans to businesses, respondents to the January survey indicated that, on balance, they tightened their standards on commercial and industrial (C&I) loans to firms of all sizes, with notable differences in reported changes across bank sizes.” The Fed Survey did, however, note that the largest banks are “mostly expecting to ease standards.” With non-bank direct lenders taking up an increasing share of the loan market, large U.S. bank lenders saw their loan books shrink in 2020 by approximately 0.5%, just the second decline in 28 years. According to a recent report in the Wall Street Journal, “Bank of America’s loans and leases dropped by 5.7%, Citigroup’s loans dropped by 3.4%, and Wells Fargo’s shrank by 7.8%. Among the biggest four banks, only JPMorgan Chase had more loans at the end of the year than the start.”

It is unlikely there will be any significant changes to the current liquidity environment anytime soon. Arbor Research and Trading recently published data that the market is pricing in less bankruptcy risk in the coming year, and bankruptcy filings declined again in January. To the contrary, GDP strengthened in Q4’ 2020 to 4%, and, according to the Atlanta Fed’s GDP Now, Q1’ 2021 GDP is expected to grow 4.5%.

In short, expect private market liquidity conditions to be “wild” for the foreseeable future.

If you have a current or prospective liquidity need, please book a call with any of our Private Debt team here.