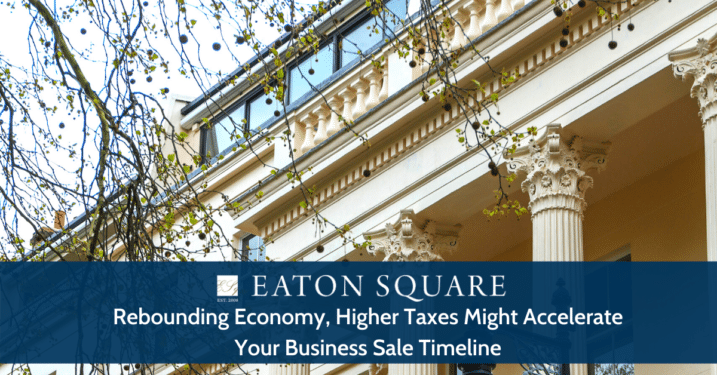 While conventional wisdom holds that you should delay selling your business until the economy bounces back, two factors could test that wisdom.

When is the right time to sell?

It might not be as far into the future as you thought.

While conventional wisdom holds that you should delay selling your business until the economy bounces back, a year or two from now, two factors could put that wisdom to the test:

The economy is poised for recovery

There is a growing mood – from Wall Street boardrooms to state government budget offices – that many market sectors are in for a rapid recovery, with respected economists predicting sharp improvements as soon as the public starts seeing good results from the COVID-19 vaccines.

In Arizona, the Governor’s FY 2022 budget rests on an economic forecast that projects uncharacteristic optimism about the next two years. It should be noted that, over the last two decades, the state’s economists have been uncannily accurate in their forecasts.

“[Arizona] remains well-positioned as a top national performer since the start of the pandemic and the national recession,” the forecast states, “and it has seen the third-strongest economic performance of any state since the recession’s peak in the second quarter of 2020.”

On the national level, in mid-December 2020 the Blue Chip Economic Indicators forecast, issued by 50 of the nation’s top business forecasters, foresaw 2021 GDP growth ranging from 2% to 6%, compared to the 3.2% and 2.3% increases from the “good” years of 2018 and 2019. Optimism reflects positive expectations nationwide for employment growth, consumer spending, business spending, and the cost of capital.

In states (such as Arizona) that kept their economy open through most of the pandemic, economic health assumes solid performance in job growth, population growth (via interstate business and personal relocation), personal income, consumer confidence, and health in key sectors such as construction and manufacturing.

In short, if you are trying to time the sale of your business with the nation’s return to economic health, you might assume that the clock has already started ticking.

Any successful business owner might get a chill from then-candidate Joe Biden’s promise to potential campaign donors in September:

“I’m going to get rid of the bulk of Trump’s $2 trillion tax cut, and a lot of you may not like that, but I’m going to close loopholes like capital gains and stepped-up basis.”

That sparked a September 29 Kiplinger article (“Tax Moves to Make Now If You Think Biden Will Be President”) that laid out this soak-the-rich scenario: For taxpayers earning $1 million or more, capital gains and dividends would be taxed at ordinary income rates. This means that the tax for those high earners would nearly double, from 20% now to 39.6%. Also, certain high earners may be hit with an additional 3.8% net investment tax. According to Joy Taylor, editor of The Kiplinger Tax Letter, “As a result, under his tax plan, filers reporting over $1 million in income could pay a 43.4% federal tax rate on their long-term capital gains compared with 23.8% now.”

As for eliminating the step-up in basis, the Kiplinger article explains that “it is likely your family would have to pay ordinary income taxes on the total gains of any of your assets listed that your family inherits. This could easily push them into the top tax bracket, currently proposed to be 39.6% by Biden.”

Beyond those two “reforms,” President Biden and his Congressional allies are also likely to push for:

This is probably a worst-case scenario. There is no guarantee that all (or any) of these changes will see the light of day, as Senate leaders appear to be close to reaching a power-sharing agreement that would retain the filibuster and reduce the opportunities for the Vice President to cast tie-breaking votes.

But, for the sake of discussion, if any of these changes become law, when could they become effective? A Motley Fool article (“When Is the Earliest Tax Rates Could Change Under Biden?”) suggests a timeline that could lead to sleep deprivation.

“We’ll start with the earliest they could be implemented,” writes Matthew Frankel, CFP. “Although … any tax legislation would likely take several months at a minimum, it’s entirely possible that changes could be made retroactive to January 1, 2021. … Having said that, the earliest any major tax changes are likely to happen would be for the 2022 tax year.”

Forbes weighs in with its view, in “Tax Prospects Under a Biden Administration,” suggesting that Senate Republicans might engage in some log-rolling with their Democrat counterparts, generally resisting the tax hikes but yielding in compromises, “particularly if they can protect the existing provisions in the corporate tax code.”

The merits of selling your business sooner


While your tax situation might not expose you to the egregious increases speculated above, it would be safe to assume that, when you sell your business, some measure of capital gains tax hikes will erode your ultimate take.

That brings us back to the possible merits of selling your business sooner rather than later. The dual effect of your company returning to optimum value at the same time that Washington directs its covetous gaze on the proceeds from your sale could cause you to revisit your sale timeline, compressing your preparation time and accelerating your company’s entry into the market.

While a two-year incubation period has its merits, given the state of economy good businesses can find the “best fit” buyer in a shorter time span – provided you seek the experience and skill of the right M&A intermediary to shepherd the process.

To discuss your options for when to go to market with your company, for what price, and through what sale process, contact any of our senior Principals today. 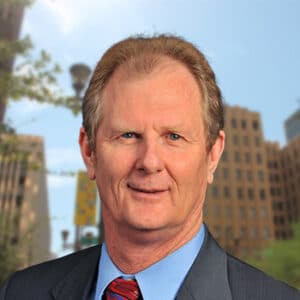 Jim Afinowich
Principal
Phoenix-based M&A advisor Jim Afinowich is a Certified Business Intermediary, M&A Master Intermediary and Business Brokerage Specialist who has managed and supervised more than 500 transactions. He is a Principal at Eaton Square.
E: [email protected]
P: +1 (480) 327-6610
Share on FacebookShare on TwitterShare on Linkedin