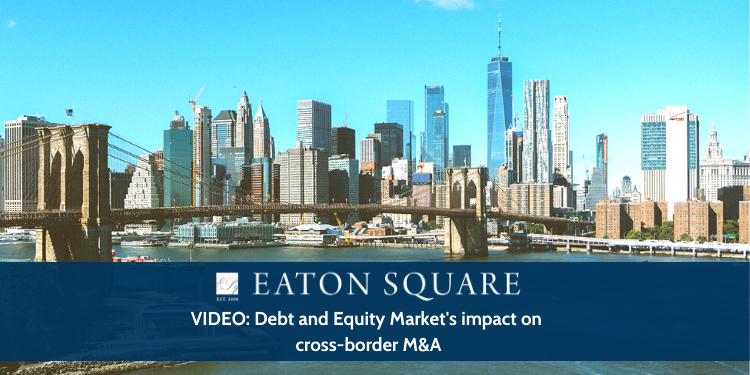 A few weeks ago, we spoke to Stefan Shaffer about how COVID-19 affected US Private Debt access. In these unprecedented times, we know how quickly things change, especially in the finance sector. Here’s an update of how debt and equity markets in New York evolved.

Right now we’ve had the benefit of the payroll protection program work its way through the system. A lot of companies have their interim funding. Now the markets beginning to get back into its “new normal” context.

Here are our key observations:

As Eaton Square is largely involved in the mid-market space, we wanted to know how this environment is affecting M&A and cross-border deals.

M&A has lesser activity with very few deals bringing brought to the market if any. The exception to that would be smaller tuck-ins that are not subject to a competitive auction.

There are certain industries that haven’t been particularly impacted by COVID-19. Engineering, IT are few sectors that are still relatively active. There may not be a lot of activity now but the processes for these companies are still starting.

I think the markets are divided into three groups:

If you are a business owner and would like to discuss your debt options, we are offering a one-hour complimentary call with any of our experts. You may book a call here. Stay tuned for the next episode of Eaton Square Perspectives.