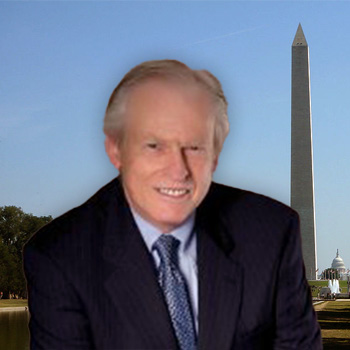 Taylor Devine is a Principal at Eaton Square. He brings a national and international perspective, as well as an owner’s perspective to the field of M&A and Investment Banking. He has owner or co-owned three different companies at various times in his career as well as having lived in and worked out of London, England for several years. While living in London, Taylor established, staffed, and managed international operations for Blockbuster Entertainment Corporation, parent of Blockbuster Video, in Europe, PacRim and South America. Subsequent to Blockbuster, in 1996, as CEO and President, he also completed the closing of several Private Placement Memorandums, followed by a successful IPO.

Early in Taylor’s career, he was part of the management team that helped build Saga Corporation (Menlo Park, CA) into what became a national company with more than $1 Billion in Revenue. Saga was sold to Marriott Corporation in 1986. After leaving Saga in 1981, he joined Arthur D. Little, Inc. in Acorn Park, MA as a Senior Consultant, where he specialized in Strategic Planning, Strategic Management, and the Strategic Management of Technology. After Arthur D. Little, Taylor was recruited by Debbi and Randy Fields (Fields Financial, dba: Mrs. Fields Cookies) to expand that company on a national basis with all company owned stores. In December 1986, having successfully established, along with Debbi and Randy, a national footprint and highly recognized brand, Taylor went on to establish one of the first national, voice mail and data interface with IBM 36’s and 38’s rental companies in the United States. Soon after that, he was recruited by the new ownership of Blockbuster Entertainment Corporation to expand Blockbuster Video nationally and internationally. It was during this time that Taylor moved to London and, as International Corporate Officer and Vice President for International Operations, established Blockbuster internationally through company owned, joint-ventures, and franchise operations in Europe, PacRim and South America. Returning to the United States in 1992, he invested in and served as President, CEO, and/or Chairman of several early stage companies. In 2002, Taylor formed Corporate Development International, LLC dba: The CDI Group, headquartered in McLean, VA. The CDI Group works with private company owners and corporate executives in the areas of: Corporate Development, Investment Banking, M&A, Valuation and Value Enhancement and Exit and Succession Planning.

Taylor earned a BA from Hillsdale College, an MBA from University of Chicago, and has done additional post-graduate work at Colombia University. He is the active in The M&A Source, Association of Corporate Growth, Alliance of Mergers & Acquisitions Advisors, Health Technology Network and The American College of Health Care Executives.