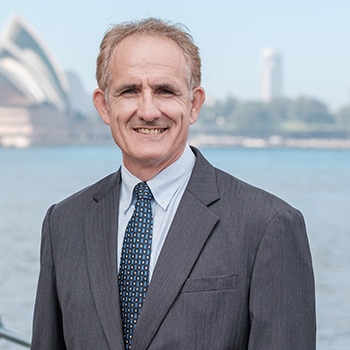 Peter Hall is a Principal at Eaton Square. He has thirty years of management and consulting experience in a wide range of industries across many countries, particularly in the Asia Pacific region. He has served as C level executive, company director, venture advisor and investor in Australia and the USA. In seven years with The Boston Consulting Group he consulted at CEO level on strategy, organisation design and operational effectiveness in the financial services, airline, building, manufacturing, oil industry, pharmaceutical and public service sectors, based mostly in South East Asia.

Peter has had experience in capital markets from funding of early stage ventures as an advisor and angel investor through to the wholesale funds sector, serving as Head of Strategy for a major Australian superannuation fund.

He co-founded VC Mentors, a venture capital and advisory firm operating in Australia and the USA, whose portfolio value grew from 0 to $1B in four years. He was directly engaged in evaluating opportunities, mentoring founders as well as the negotiation of commercial, legal and investment agreements in Australia, the USA and Europe.

Most recently he served as CEO of an early stage company commercialising a mobile payments platform. He has also served as COO and subsequently as a non-executive director of an Australian software platform company that grew from a start-up and was subsequently migrated to the USA.

Peter has qualified as a Chartered Company Secretary and also holds a Master of Commerce (University of NSW, Distinction), a Bachelor of Economics (University of Sydney) and a Diploma in Corporate Management (ICSA).