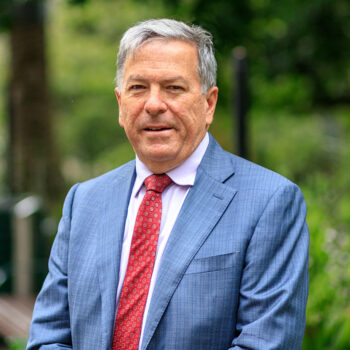 Joff has in excess of 30 years’ experience in the Chartered Accountancy profession with the majority of this time devoted to providing tax and advisory services to private and family businesses in Australia.

After completing his CA qualification at a small Melbourne city-based firm, Joff moved to MGI Melbourne in 1986 and advanced to partnership in 1990. He held the Managing Director role at MGI from 2003 until 2014 when the business was sold to PwC. During this time, the business expanded into Sydney, became part of the MGI International network and an independent wealth advisory firm was created to form an integral part of the business model.

Joff spent approximately 5 years as a partner at PwC before retiring from the partnership in September 2018 and commencing his specialist Chartered Accountancy and consulting business, Terra Australis Advisory Pty Ltd. Joff’s focus through Terra Australis Advisory is to provide strategic advisory services to private and family businesses many of which are in the Australian food and agribusiness sector. Joff also holds a number of board and advisory roles in financial and professional services businesses in Australia and New Zealand.

Joff holds a Bachelor of Commerce and a Masters of Taxation from The University of Melbourne and is a member of various other professional and industry bodies. He has held a number of pro bono roles including a long term board and Chair role with the Ardoch Youth Foundation, a long term role on the advisory board of the Australian Professional Footballers Association, an advisory board role with Beanstalk AgTech and is currently a member of the Victorian State Council of Agribusiness Australia.