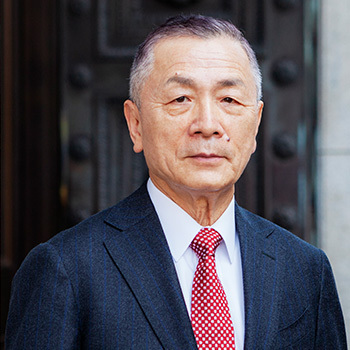 Akira Kondo is a Principal at Eaton Square Japan. He established ADCO in February 2009 and became its President and Representative Director.

He has extensive experience in acquiring and executing M&A and various equity finance deals for major domestic and international companies.

While working at Mitsubishi Bank’s San Francisco and San Jose branches, he was in charge of companies in Silicon Valley.
After that, he worked at the Singapore branch, London branch, and the head office.
When he was Deputy Branch Manager of the London Branch, he was in charge of European affairs, Head of Corporate Sales, and Secretary General of the European Merger Committee with the Bank of Tokyo.

After that, he was engaged in the integration of more than 10 securities companies, and was appointed as General Manager of the Investment Banking Division and Senior Managing Executive Officer of Mitsubishi UFJ Securities (now Mitsubishi Morgan Stanley Securities), which was finally established after the integration.

As Global Head of Investment Banking, he was responsible for all aspects of MUFG Group’s investment banking division.

He graduated from the Faculty of Economics, Kyoto University.