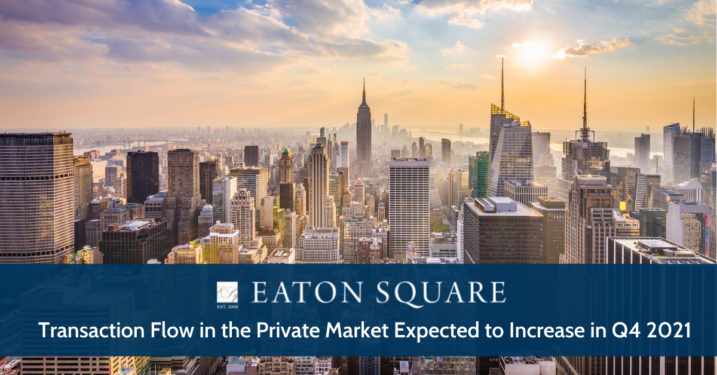 Get ready for what most market participants expect to be the busiest quarter in deal activity in decades. Whether it be refinancing, growth capital, recapitalization, or M&A, liquidity has rarely ever been so available in the private capital markets. This availability translates to lower spreads, higher leverage multiples, and greater access to capital for marginal issuers. However, the big question for Q4 2021 is whether the market has the human resources to process this anticipated “deluge” of deal flow?

For September 2021, we are leaning toward the aggressive side, increasing leverage multiples for lower middle market issuers by a quarter-turn of EBITDA and bringing in pricing by ~50 bps for second lien, unitranche and mezzanine tranches. The changes to this month’s metrics are a recognition that credit spreads have likely hit their most aggressive levels and will not tighten through year-end. On the contrary, if anything, there is a good possibility that spreads will begin to reverse direction in the coming weeks. Already, we have seen a spread expansion in the public and traded markets. High yield spreads have increased by ~50bps across the board while investment-grade spreads have risen by ~10bps during the same period (July 2021–August 2021). The public markets are leading indicators in this regard, while the private market is more of a lagging indicator. Thus, it is more likely than not that we will begin to see credit spreads in the private market rise in Q4 2021.

For the month of September, however (and for Issuers lucky enough to get into the market quickly), spreads are still at their lowest point in years. This can likely be attributed to the fact that there is more cash available for deployment than deals available to absorb it. At the heart of this phenomenon is the sheer magnitude of non-bank direct lenders in the market—a constituency that continues to grow daily and is becoming the single most potent source of capital in the private market. In the first six months of 2021, 17 new funds closed, comprised of just under $25 billion of aggregate capital raised; this figure represents a $14.7 billion jump in direct lending funds from the first half of 2020. Non-bank direct lending continues to be the most popular private debt vehicle in the market, dwarfing the capital raised for other private debt strategies, including distressed debt, pure mezzanine, special situations, venture, and private fund of funds. As reported by Preqin in August, “Since January 2017, the number of funds raising, and capital targeted have more than doubled from 265 funds raising $118bn in 2017 to 651 funds raising $295bn by July 2021”.

The growth of the non-bank direct lending market is having the most profound impact on traditional bank lending. Business loans by banks as a share of total bank loans have dropped precipitously throughout 2021, and business loans by banks as share of total bank credit has declined even more, falling its lowest level since 2014. To compete for transactions, commercial banks have had to ease their lending standards. According to the most recent Federal Reserve Board Senior Loan Officer Survey on Bank Lending Practices (July 2021), U.S. banks’ lending standards for business loans are the easiest in 30 years. The percentage of U.S. banks continuing to ease their lending standards is at its highest level since 2005.

Excess Liquidity Expected to Dry Up

As transaction flow increases in Q4 2021, however, much of this “excess liquidity” is expected to dry up, which will likely herald a return to more traditional lending standards. An abundance of new deals in Q4 2021 is nothing novel in the private market; each year there is a proliferation of new deals that are both launched and closed by year-end. This year will be unique, however, as there are a variety of influences that will contribute to a dramatic uptick in M&A activity. Among the primary drivers:

We have already seen potent evidence of this spike in M&A activity throughout 2021:

In short, M&A activity has already gone through the roof. Given the unique tax, legislative, and monetary policies in place, as well other macroeconomic influences, it appears a “perfect storm” is brewing – Get Ready!

As the summer winds to a close, the competitive market conditions that have characterized 2021 have only intensified, providing new issuers with the most aggressive market metrics in recent memory. While the lowest spreads and highest leverage multiples of the year would be noteworthy on its own, the real story this month is the anticipated deluge of new deals in Q4 2021, largely driven by unusually robust M&A activity. What’s driving the latest M&A boom? Certainly, excess liquidity conditions are a major factor, but adding to the frenzy are the post-pandemic bump in trading conditions, the potential for future capital gains tax legislation, and, at least for the short term, continued Fed support for lower interest rates. Issuers lucky or wise enough to enter the market in the early fall will be the beneficiaries of one of the most aggressive market conditions on record. However, as Q4 2021 progresses and the deal calendar continues to build, it is likely that most market participants will be overwhelmed with news deal vying for year-end closings, potentially flipping the current supply and demand dynamic. Already, most market participants report being swamped with new deal flow inquiry.

“Story” receptivity and access to capital by more marginal credits remains aggressive in the immediate term. However, given the expectation for increased deal flow post Labor Day, it is quite likely that the traditional November/ December “shut-off” for more storied deals may be pushed into October, potentially even late September. As a general proposition, as the market gets heated, more complex credit discussions get pushed to the side as investors focus exclusively on financings that can still close by year-end. Accordingly, more challenged credits will be well served to get into the market as soon as possible.