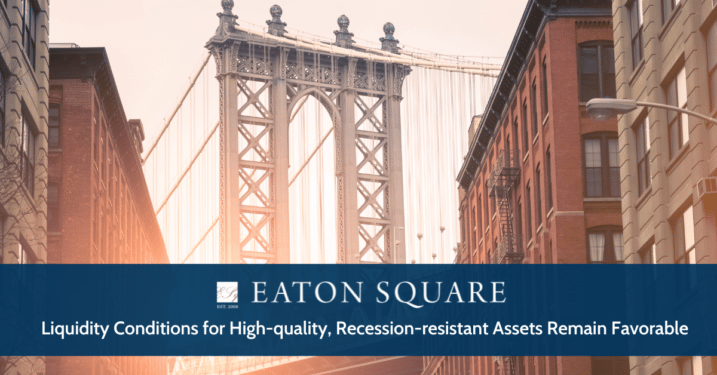 Stefan Shaffer, our New York Partner, shares the latest Private Capital Report for July 2022. Deal flow in the private market has dropped precipitously due to diminished M&A and refinancing activity. The net effect is a market characterized by exceedingly aggressive pricing and terms for the low leverage, high-quality issuers and a markedly tighter, less forgiving, expensive financing environment for most other issuers. Read the full report below.


Last month, SPP lowered our leverage multiple indications by a quarter to a half turn of EBITDA and increased its credit spreads by approximately 50 basis points across the credit spectrum. Our adjustments were largely in response to the continued dysfunction in the traded and syndicated debt markets, as well as the widespread belief among private market participants that we are entering into a credit “downcycle.” Conventional wisdom would suggest that all issuers in the private market would be impacted in some capacity by such a sea change in credit conditions. However, that is decidedly not the case. From a Dickensian perspective, rather than being “The Bleak House,” the private credit has morphed into a “Tale of Two Cities”, where high-quality issuers are enjoying “the best of times” and lower middle market companies, and issuers in historically more vulnerable cyclical sectors, are facing “the worst of times.” In short, two different worlds.

The economic reports over the course of the last 30 days confirm the trends evidenced in Q1 2022; inflation has not only not peaked but continues to persist at an alarmingly elevated level. June CPI came in stronger than expected, 1.3% for the month, which pushed headline inflation from 8.6% in May to a 40-year high of 9.2% in June. For all practical purposes, last month’s inflation report almost guarantees another 75-basis point, and potentially 100 basis point, increase to the Fed Funds rate later this month. Today, the Fed Funds target range stands at 1.50% – 1.75%, with the expectation that it will reach 3.25% -3.50% by the end of the year. While there is general consensus that the Fed’s actions will weaken economic growth, optimally resulting in a “soft-landing,” there is an increasing chorus that believes the Central Bank’s hawkish policy will overshoot the mark and bring the U.S. economy into a recession. In Q1 2022, GDP did contract by 1.6%, and the Atlanta Fed’s Nowcast predicts an additional 1.2% contraction in Q2 2022 (this contraction would meet the two consecutive quarters of negative growth threshold, commonly used to define a recession).

Regardless of the ongoing intellectual debate of whether the U.S. economy is heading toward a recession, (or currently in one), the capital markets have clearly priced in a recessionary downturn. Spreads in the investment grade corporate bond market have risen more than 70 basis points since the beginning of the year, while high yield spreads have expanded by approximately 300 basis points during the same period. As reported in the June SPP Market Update, while credit spreads in the private market remained surprisingly competitive though May, spreads widened across the credit spectrum last month, with a commercial bank and senior non-bank direct lending spreads increasing 50 – 100 basis points, and junior capital and lower middle market pricing expanding by a factor of 100 – 200 basis points.

According to the S&P Credit Cycle Indicator (“CCI”), North American credit markets are currently in correction mode, which historically has led to a significant spike in non-performing loans and defaults. Increases in high yield pricing also historically correlate to a spike in default rates, confirming that the prospect of a severe economic downturn in Q4 2022 or Q1 2023 is increasingly probable.

However, and perhaps unsurprisingly, market conditions will not be as challenging and will continue to be robust for higher-quality issuers. In fact, issuers in defensive sectors with lower leverage and LTM EBITDA of more than $20 million will find issuance conditions virtually unchanged from the halcyon conditions of 2021.

What accounts for this dichotomy?

Simple supply and demand. Simultaneously, economic conditions have deteriorated and expectations for a continued downturn have plagued the U.S. economy, and deal flow in the private market has fallen off a cliff. As reported by Refinitiv LPC, “the U.S. leveraged market dramatically slowed in 2Q22, completing just over U.S. $292 billion of loan and high yield bond volume to bring totals for the first half of the year to less than U.S. $480 billion, down 31% year over year.” While most private market participants are just as liquid in 2022 as they were in 2021, there are just far fewer opportunities to deploy capital due to declining M&A and refinancing activity.

According to Pitchbook’s U.S. PE Middle Market Report, “only 175 exits were completed in the first quarter, many of which probably started in late 2021… when you take out the second and third quarters of 2020, Q1 2022 represents the lightest exit flow since early 2016.” The decline in deal flow in 2022 follows the highest annual aggregate capital raised in private debt on record ($214 billion), leaving the amount of dry powder currently available for deployment at record levels.

In summary, there is no scarcity of investors for high-quality, recession-resistant assets, and liquidity conditions for these companies remain at historically competitive levels. However, for most other issuers, and especially so with more “storied credits” or companies in cyclical sectors, market conditions will be less favorable and subject to greater credit scrutiny. For the time being, it appears that the private market will operate differently for the credit “haves” and “have nots” – Two Different Worlds.

After a wholesale resetting of pricing and leverage metrics to reflect a progressively tightening credit environment in June, SPP is not making any further modifications to its pricing and leverage metrics in July. As noted in our June Update, the combination of persistent inflationary pressures and the Fed’s increasingly hawkish attempts to reign it in has raised the specter of an acute economic slowdown, and quite possibly, a recession arriving in Q4 2022 or Q1 2023. At the same time, deal flow in the private market has dropped precipitously due to diminished M&A and refinancing activity. The net effect is a market characterized by exceedingly aggressive pricing and terms for the low leverage, high quality issuers and a markedly tighter, less forgiving, expensive financing environment for most other issuers. In short, the private market has been split between the “haves” and the “have nots.”